We’ve heard about the “war for the living room” for a long time.  Well after many false starts (dating back really to ancient experiments like Philips CDI and WebTV), the war is now actually happening.  The players are lining up and they include some usual suspects (Tivo, the networks, the legacy carriers, Microsoft, Sony), some new powerhouses (Google, Apple, Netflix) and some surprises (Facebook, the wireless carriers, Amazon)

The promise is simple and if it plays out as it could, the consumer is a big winner.  TV.Next would look nothing like anything that came before it.  Essentially, the goal should be a customized “OnDemand” content stream with a diverse range of content sources mashed up into an elegant UI.

I recently received a market survey from Tivo and it seems their thinking is heading in this direction.  Apples moves indicate theirs are as well.  Google is already there with their Android powered TVs and set top boxes.  What this would look like is fairly simple.  Today, the legacy model drives our behavior.  We want specific content, but we are forced to think of it in terms of transports.  So you want to watch “True Blood” or “Sopranos”, but generally you are forced to become aware of what network is carrying this programming.  In many real ways, this is bad even for the networks themselves.  It forces them to concede power to middle-men – the carriers.  The carriers recognize that the clock is ticking on this model which is the rationale behind big content owner/carrier mergers.

A far better model would be a search driven one, a metaphor which mates nicely with a content focused paradigm.  Today search is layered on top of a legacy channel focused model and is awkward.  With a content focused approach, the end user would search for the content they want by title, genre, actors, or any number of meta tags.  The mashup UI would then surface options for procurement of that content.  This might range from purchasing boxed archives of previous seasons, through watching the latest episode on Hulu or renting an episode on iTunes.  A simple profile system would manage which services are currently subscribed, and offer sign-up for any which feature the requested content, but are not part of the membership profile.

A great benefit of this approach is that it would allow consumers to purchase content ala-carte.  No more paying for channels you will never watch as a result of bundling deals.  You could also consume as needed.  No more paying a recurring subscription when your usage pattern only allows occasional viewing.

When the market dynamics driving a change are this strong, and the consumer win is this big, it is almost an inevitability that internet economics will address it eventually.  The internet is a democratizing force which naturally disintermediates. In my opinion “TV.Next” isn’t an “if” but rather a “when” and “who”.

Personally, I think Apple and Google are well out in front here in terms of being able to deliver.  Android is a powerful platform in that it gives consumer electronics mainstays an adrenaline boost for their lines and puts them back in the race for smart devices.  This has worked brilliantly in mobile for Samsung, LG, and Motorola, and is likely to work in displays as well (Sony is trying it now).  Apple, on the other hand, has the other half of the equation well covered.  iTunes has the user community and content deals to do some of this now, and Apple controls a monolithic ecosystem of extremely popular devices very tightly.  They are also hugely smart and agile in their approach to entering and reshaping new or emerging businesses.

The legacy players are likely to want to try to resist the change or redefine it on their own terms.  This is similar to what has been hurting Microsoft in the transition from legacy personal computing, to “personal computing 2.0”.  My bet is that the legacy carriers are the losers here.

Most interesting are the social networking giants.  And the elephant in the room here is Facebook.  To me, Facebook is the belle of the ball to be courted.  They have the users and the social web that can actually enhance viewing.  Imagine communicating with friends and relatives about what you’re watching while you’re watching it, sharing reviews automatically, receiving suggestions customized based on your social graph.  This “have to see it to appreciate it” type of stuff is likely to be a huge hit with mainstream consumers and Facebook is the closest to having this aspect of the full picture ready.

Whichever way it plays out, the future is certainly going to be interesting.  TV isn’t dying, its simply growing up. 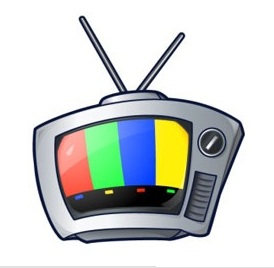