Quick update on benchmark testing now that I have switched from 3 x 1440P 120Hz QNX to 1 + 1 accessory display.  Of course with NVIDIA’s configuration restrictions, this means that SLI is enabled for one monitor and the other monitor is non-accelerated.   The results are pretty good I think! For those who feel that Tri-SLI Titan would be “overkill” for 1440P, keep in mind that at these settings we can’t even match the monitors 120Hz refresh!  The 3960x was overclocked to 4.5Ghz and running at only around 20% utilization while the GPUs were sitting at 98%/93%/90%, so it certainly isn’t for a lack of CPU power.  Here is a shot of the results, followed by a shot of the GPU and CPU sensors real-time output mid-test (EDIT: keen eyed observers might notice that the score seems to be increasing after repeated viewings!  Well the story here is that I recently did a full system wipe, followed by a reduction in my overclock from 100 BCLK, 1600Mhz RAM, 45 multiplier to 125 BCLK, 1866Mhz RAM, 4.25Ghz CPU in order to get Prime95 24 hr stable and keep temps below 80C.  I also leveled the Titan OC in PrecisionX to be a straight thermal target OC of 88C. Well oddly enough the result was actually higher framerates in Unigine!):

CoreTemp and PrecisionX real-time update to G510/G13.  First up is CoreTemp showing the CPU pegged at 4.5Ghz and holding to 55-65C across all 6 cores.  Utilization is low overall, 49% on Core 0:

EDIT: I pushed the thermal tolerance in Precision X to 88C just to see what the impact was.  The GPUs actually maintained about the same util (high 70s – high 90s for all 3 throughout the test), but we were able to eek out a bit more performance while still staying within 10% of the base load temp: 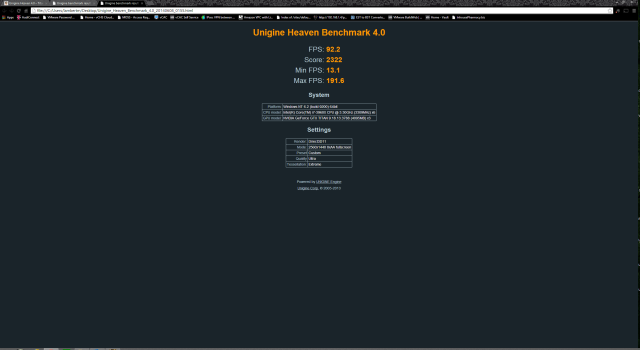 With DOF off things are looking much better.  Still not getting near the monitors max refresh though: 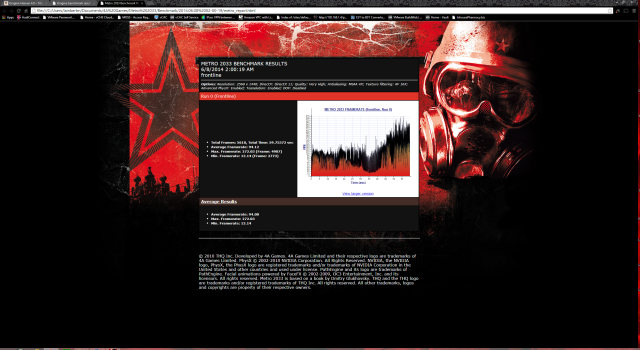 And just for reference, the QNX running at 120Hz: 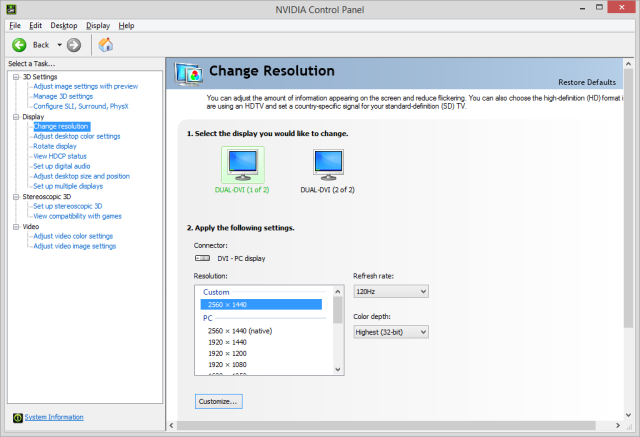